Secrets of Successful Relationships with Colleagues: How to Communicate and Understand Each Other Correctly? 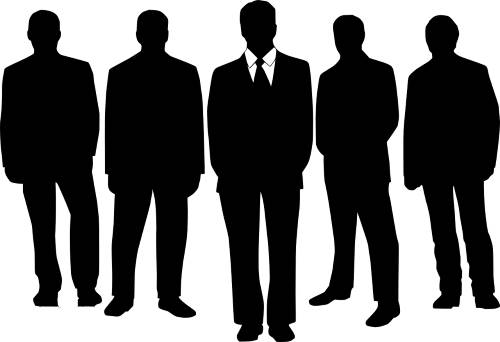 Essay About Jobs And Careers 5 Examples You Have To Discover

Can we decide who should live and who should die? Will we act the same as the murderer following his/her methods if using the death penalty? These are the main questions that worry people as well as the government of every country. There are those who think that the death penalty is the only right measure for those who have committed a crime while there are those who still think that it is not humanistic to kill a person even if he has deprived somebody of life. This is a dilemma, which hasn’t been solved for years. Let’s consider the arguments, which both sides have to understand who is right and who is wrong.

There is an opinion that if a person killed another person he or she deserves the same punishment as nobody has the right to decide whom to live and whom to die. On the one hand, I agree with this point of view but on the other hand, what if a person has killed somebody but this was just an act of defense? To my mind, only maniacs who commit crimes with the intention to deprive people of life deserve the death penalty, which should serve an example to others who have ever had such thoughts.

The main aim of death penalty is to demonstrate everyone what may happen to him/her if he/she does the same. Another argument for this kind of punishment is connected to the financial side of the economy. Why should the government spend money feeding killers all their life long? There is a certain sense in this argument as well because it is better to spend money on those people who really deserve it, for example, homeless people or kids without parents.

One more argument for dealth penalty is that it is better to die than to spend the whole life being imrpisoned. Some people claim that it will be more humanistic if not to make a person suffer until the death. It is better to kill him/her immediately.

Write My EssayGet Your Custom Paper

And the final argument, which isn’t deprived of the logical sense is that there is a risk of escape from the prison, which means that the killer will be free and he or she will present a threat to the society.

Not everyone thinks that it is the best way to punish the person who has committed a crime. In accordance with the opposite opinion, those who are for death penalty are as cruel as those who commit crimes. What if there was a mistake and the person isn’t guilty? It is better to give a person one more chance to improve through jobs and through imprisonment even if it is going to last for the lifetime.

According to the opinion, which is against the deatlh penalty, if a country approves death penalty, there must be a person who will execute this punishment. This means that during his/her work, he or she will commit a large number of crimes. He/she won’t differ from those murders much.

One more argument is based on the thought that it is not possible to demonstrate an example to those killers who commit crimes one after another, if they know that they will be punished like this, nothing will stop them from committing more and more crimes as they will understand that they won’t avoid death themselves.

It seems to me that the question “ Should we kill murderers?” will be open for years because there are two opposite opinions, each of which is supported by strong arguments. Personally, I think that those who deprive others of the opportunity to enjoy life purposely deserve the worst possible punishment. Is this the death penalty? No! To my mind, being alone with your own thoughts for many years understanding that your life has finished the moment you have found yourself in prison is the worst punishment ever.

This website uses cookies to improve your experience while you navigate through the website. Out of these cookies, the cookies that are categorized as necessary are stored on your browser as they are essential for the working of basic functionalities of the website. We also use third-party cookies that help us analyze and understand how you use this website. These cookies will be stored in your browser only with your consent. You also have the option to opt-out of these cookies. But opting out of some of these cookies may have an effect on your browsing experience.
Necessary Always Enabled
Necessary cookies are absolutely essential for the website to function properly. This category only includes cookies that ensures basic functionalities and security features of the website. These cookies do not store any personal information.
Non-necessary
Any cookies that may not be particularly necessary for the website to function and is used specifically to collect user personal data via analytics, ads, other embedded contents are termed as non-necessary cookies. It is mandatory to procure user consent prior to running these cookies on your website.
SAVE & ACCEPT